The first Primary Futures event in Australia took place today, Friday 4 May 2018. Organised by the Schools Industry Partnership and The Smith Family it took place at Willmot Public School, a small primary school in Mt Druitt, situated in one of the most deprived areas of New South Wales. 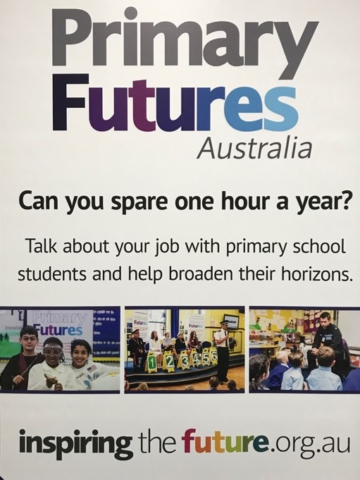 Schools Industry Partnership (SIP) is a not-for-profit incorporated association that has been working to provide work placement coordination in Australia since 1995 and The Smith Family is the leading national children’s charity formed in 1922 helping disadvantaged Australians to get the most out of their education, so they can create better futures for themselves.

Following the success of Inspiring the Future and Primary Futures, which was developed in partnership with National Association of Head Teachers, in the UK Ian Palmer CEO of SIP approached Education and Employers to see if they could clone the software and roll out across Australia with a series of partners.

The launch of Inspiring the Future Australia took place on the 3 April 2017 and involved both the Minister of Western Sydney and the NSW Minister for Education. Details here.

Primary Futures Australia aims to widen the horizons and aspirations of primary school children, by helping them establish connections between what they are learning now and their futures – focusing in areas of poverty and targeting those who might not otherwise have a chance to meet inspiring role models.

The main event was a ‘What’s my line?’ activity. Pupils asked five volunteers questions about their jobs, and then guessed their occupations. The volunteers then left the stage, returning in either uniform or with a prop to reveal their profession. Following this big reveal, the volunteers spent time interacting with the children to talk about their job and how their primary school learning was relevant in helping them achieve their career goals. 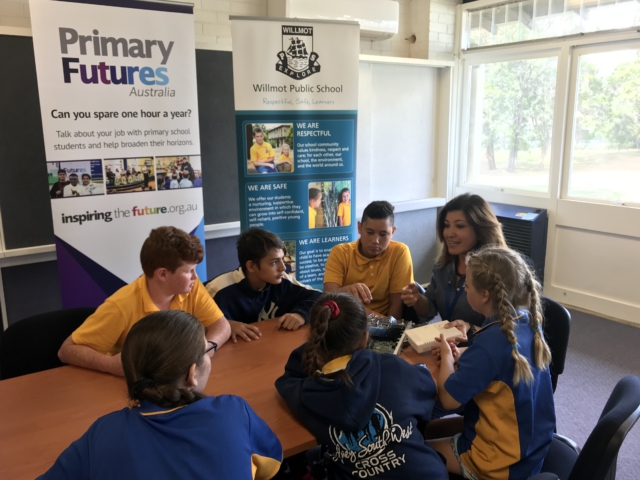 This activity was filmed with the purpose of making a video that will show primary schools across Australia how simple and rewarding running a Primary Futures activity can be. 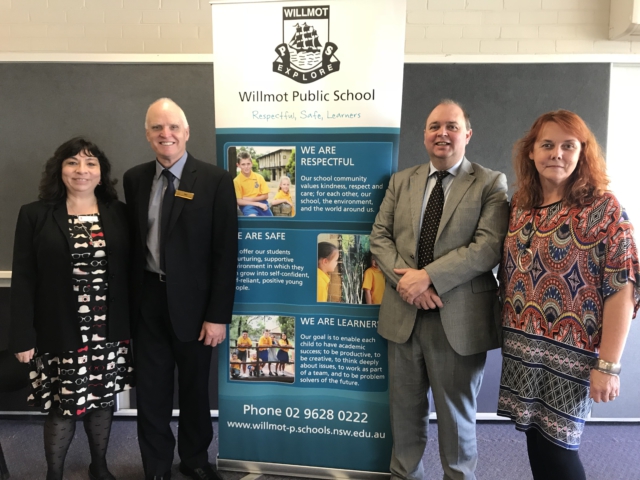 Earlier in the week Nick was interviewed by The Educator, Australia’s premier magazine and website for educational professionals and key decision makers.

Commenting on the on-going work in Australia Nick said “We’ve done a lot of research in the UK and around the world, which we share, and it’s been a delight to share this with our colleagues, which include education departments, schools, Schools Industry Partnership, The Smith Family and other industry partners here in Australia”. 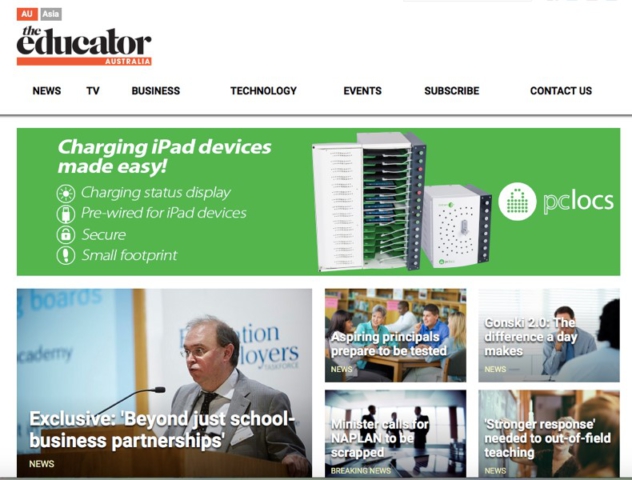 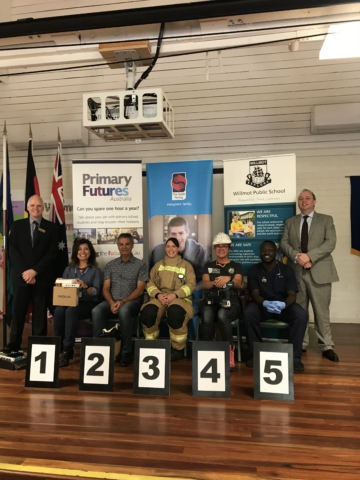 thank you to the volunteers that took part:

Teachers, volunteers and organisations can visit the Inspiring the Future Australia to sign up and help raise the aspirations of children, inspiring them to dream big.